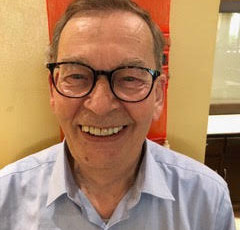 Leo Poortvliet, born 21 February 1954, growing up in Vlissingen, the Netherlands. He became Banker and with age of 30 he joined the International Division and subsequently worked world wide in risk audits. First assignment in Malaysia, then Curacao, Dutch Antilles, in the Caribbean where he stayed for 7 years. Here he was called to the work in the ministry. First a Deacon and within 6 months a Priest. Soon he helped to serve the Lord’s flock also in Suriname.

After a homestay of 2 years in Amsterdam, also serving as a Priest his next job took him to Chicago/USA, then Czeck Republic. Meanwhile he really became the “flying Dutchman“. The bank sent him to Dubai, followed by Jakarta, Indonesia, again Malaysia, Thailand. Finally he was offered an early retirement and decided to stay in Thailand. 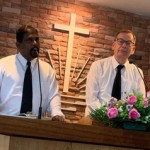 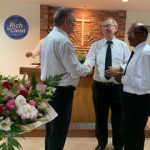 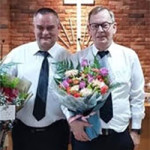 Much to our delight he continued in his Priesthood and for a while he was even the only one in Chiang Mai. 4 years in the Philippines where he assisted in Makati congregation and moved then to Malaysia where now in Kuala Lumpur the Apostle Fred Wolf granted him well deserved retirement on Sunday, 17th May 2019.

Leo, as every one called him was loved and a  good friend where ever he showed up. A pleasant character, a person everyone liked to spend time with.

NAC International, the office of our Chief Apostle soon detected the professional expertise, Pr. Leo had as a Financial risk auditor. He made himself available as a Consultant and Auditor for many countries of then NACSEAsia.

Pr Leo, truly an international globetrotter, had a deep insight in Church operations in many countries and still today is a trusted advicer to our Church Administration offices in South East Asia.